John went to the supermarket with 10 dollars and bought two cans of mushrooms and a bag of flour. Knowing each can of mushrooms cost $1.30 and the package flour $1.10, indicate:

a) how much money was spent.

b) how much money is left.

How to calculate numerical expressions 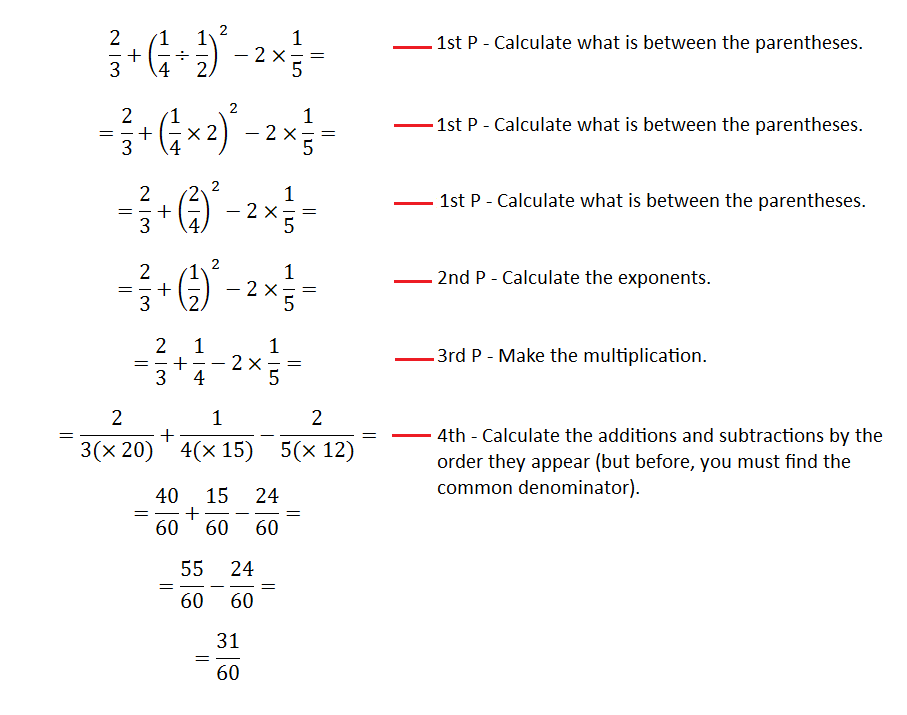 Email ThisBlogThis!Share to TwitterShare to FacebookShare to Pinterest
Labels: how to, numbers, numerical expressions, order of operations

The rectangle trapezoid is a trapezoid in which a side is perpendicular to both bases.

The isosceles trapezoid is a trapezoid in which the opposite two parallel sides are not equal.

The scalene trapezoid is a trapezoid in which all sides have different measures.

Tangram is an ancient chinese game, that consist in create various figures with 7 geometric pieces. Today, despite being very old, this is a very popular game, serving for fun, but also, to develop the skills of spatial vision, logic, geometry, and creativity. This is a very helpfull game to study maths.

After you have built your tangram puzzle, then you can try to make all the letters in the alphabet tangram.

Below, you can find the resolution for each letter of the alphabet in Tangram. 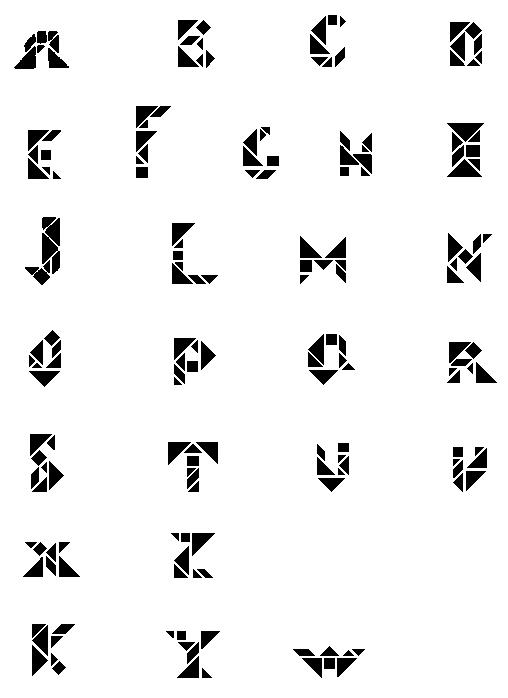 Play online chess with a friend

One of the best math games ever is chess. With simple rules, but needing extensive reasoning ability, this is the game to have fun and evolve your maths thinking. In some countries of Eastern Europe, chess comes even part of the school curriculum, helping children develop reasoning. Here you cand play online chess with a friend.

Chess is seen by many as a big deal, but in reality it is a very interesting and fun game. Take a chance on this fantastic game and develop your reasoning.

If you already know the basic rules, start now to play online chess with a friend.

Xadrez online criado por JogueXadrez.com
Posted by Filipe A at 12:02 PM No comments:

Chess is a game with two players, which is played on a square board with 8 houses on each side. The board has just 64 houses, 32 white and 32 black. Each player starts with 16 pieces (one king, one queen, two bishops, two knights, two towers, and eight pawns). The set of pieces of each player has a different color, so there is a set of black pieces and a set of white pieces. The ultimate goal of this game is to capture the opponent's king, making checkmate.

The initial position in chess is as follows:

First row, from right to left: Tower, Knight, Bishop, King, Queen, Bishop, Knight, Tower. The White King is in black square, and the black king is in the White House. The second line consists in eight pawns.

To start the game, the player with the white pieces makes the first move. Players move their pieces alternately. Each piece has a different movement, and every player has to respect these movements. When you capture a opposing piece (non-mandatory) , that piece is removed from the board. When you capture a piece, your piece is placed in the place of the captured piece. When you put the king in a checkmate or a stalemate is reached, the game ends. Then we explain the movement of each piece.

Before we cover the movements of each piece, it is crucial you know each one of the chess pieces.

The King may move a house vertically, horizontally or diagonally. The King can never be put in the check position. When you can not avoid it, you lose.

The queen can move horizontally, vertically or diagonally. The number of homes depends on the pieces that are on the board, since it can not pass through them.

The bishop can only move diagonally. The number of house depends on the pieces that are on the board, since it can not pass through them.

The Knight is the only piece that can go over the other parts. The movement is in L, walked a house horizontally or vertically, and another diagonally. In the following image you can see the possible movements of the knight.

The tower moves horizontally and vertically. The number of houses depends on the pieces that are on the board, since it can not pass through them.

The pawn moves usually a house upright, and only forward. However, there are situations where the movement of the pawns is different. For example, to capture a piece, you can just do it walking from a house diagonally across the board. Another different movement is when you are at the starting house. In its first movement, the pawn can move two squares forward.

If a pawn reach the last house, its promoted, being replaced by a piece from your choosen, except for the King.

This move only works when a pawn began with an advance of two houses, and simultaneously, the opposing pawn is in position to attack the house where the other passed pawn. In this case, the opponent's pawn can capture the other, moving to a halfway house. This movement can only occur on the next play.

Calculate the area of ​​a triangle

Area is the surface that a given figure occupies. Before we show you how to calculate the area of ​​a triangle, observe the following situation: 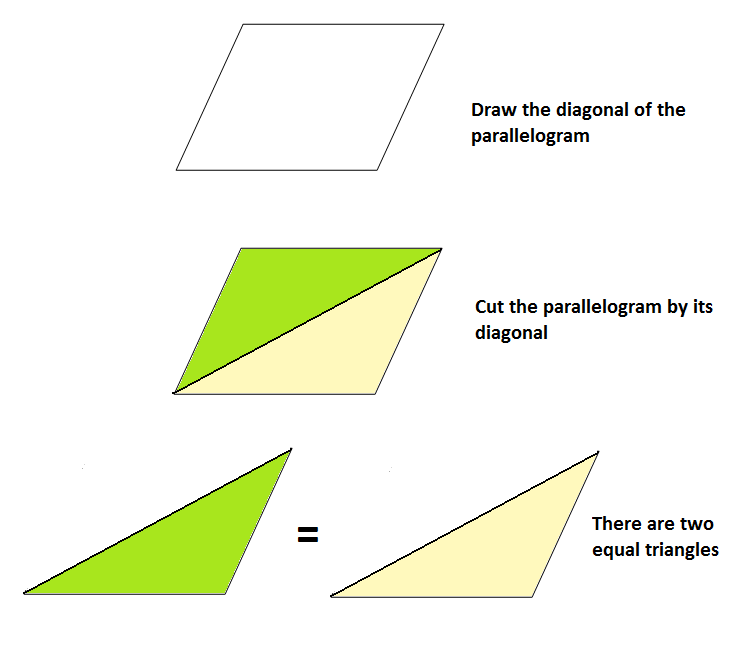 To calculate the area of ​​a triangle simply apply the following formula: 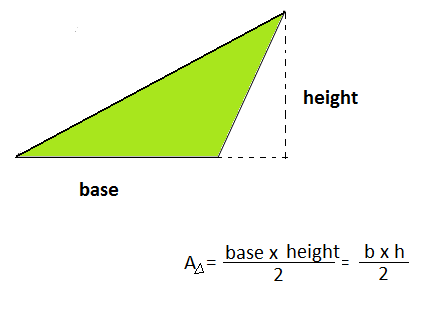